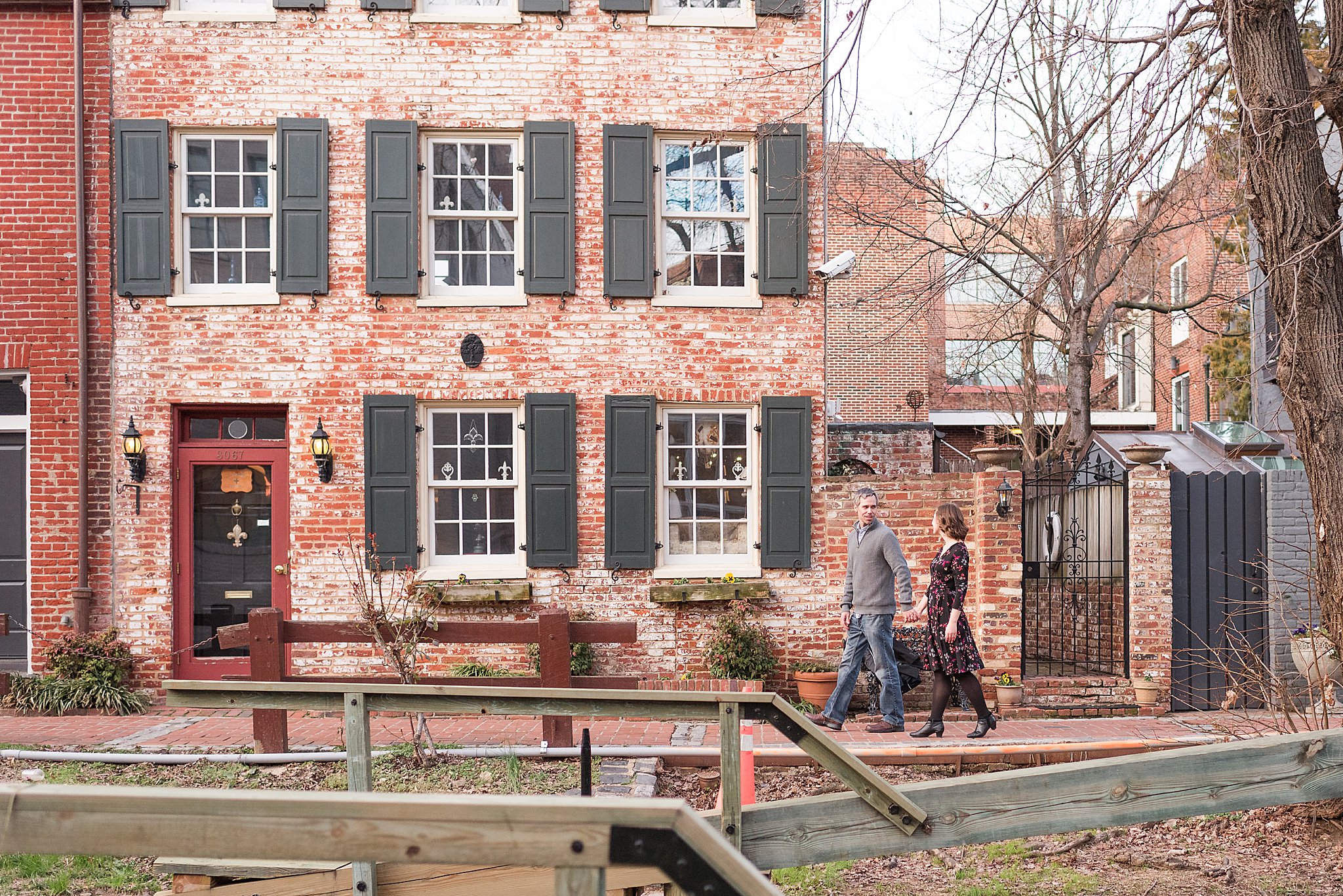 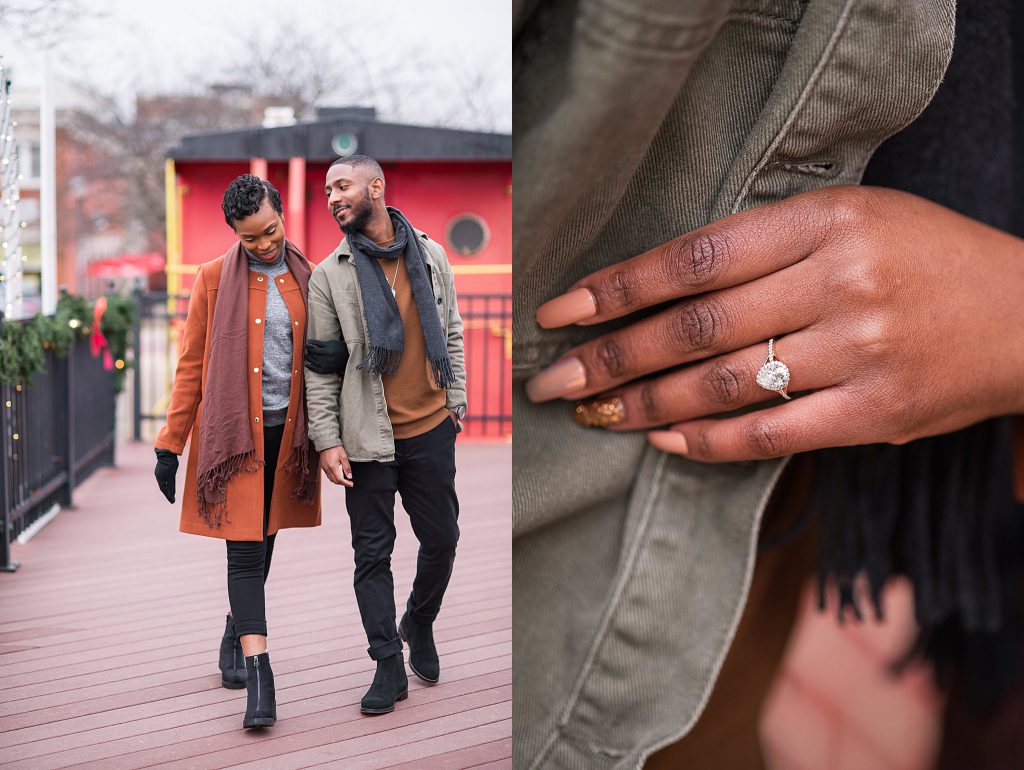 Besides wanting the location to be beautiful, interesting, or meaningful; there are some other things to think about.

Does the location require a Permit?

Permits can be applied for by reaching out to the county or law enforcement associated with the location.  For example, Fairfax County charges an annual fee that permits photographers to use their public parks within certain limitations.  Most photographers will add this permit fee onto your Engagement Session Fee if they don’t currently have a permit.  But if you find a photographer that does most of their work within that county, they likely already have the permit.  In DC, the National Park Service requires permits for each time their property is used and it’s not as affordable.  The last time I applied for a permit it was $140 for a 1 hour session.  The Capitol Police Department has jurisdiction over the Capitol Building grounds and they charge a similar fee.  When Photographers don’t apply for these permits and go through the right channels they run the risk of being fined a hefty fine and having future permits rejected.  So it’s in the best interest of everyone to follow the rules and respect the location that requires the permit. 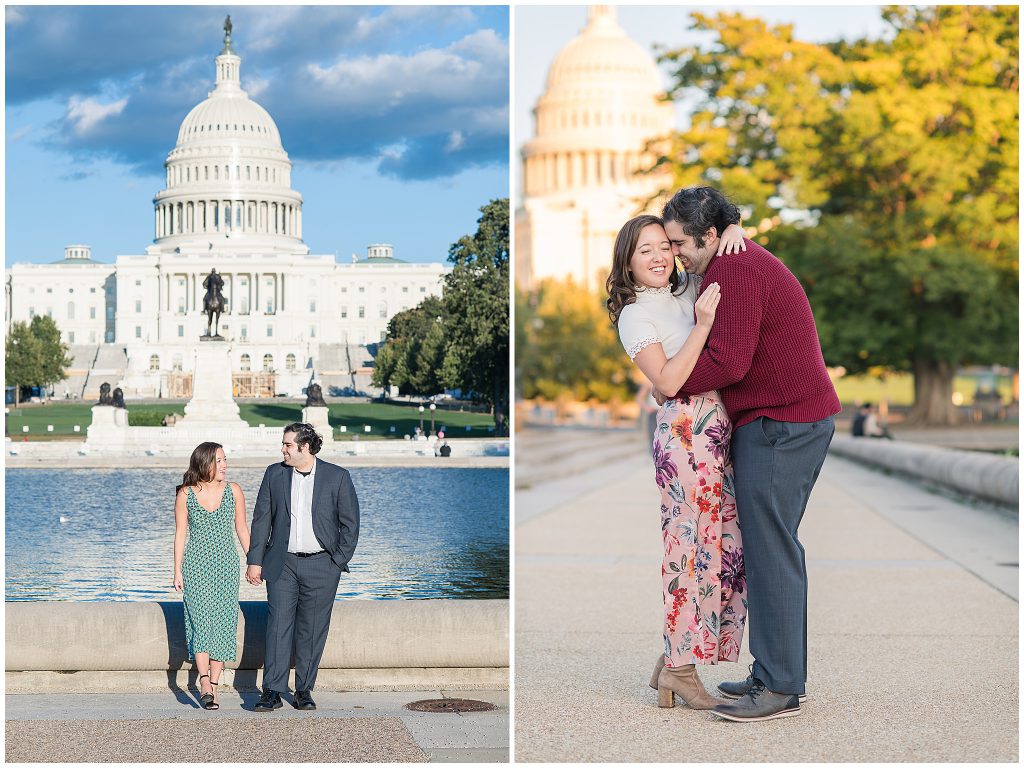 Are there any festivals or other events that would interfere with the timing of your Engagement Shoot?

Crowds are definitely something to consider!  Some locations can be fairly empty during the week only to be swarmed with people on the weekends.  Or the location you’ve chosen could be leased out to a festival during the timeframe that you planned to use it for your session.  It’s always a good idea to reach out to the jurisdiction that owns the property and inquire about the timeframe you’re thinking about.  Reaching out ahead of time will give you the time to choose another location if you need to. 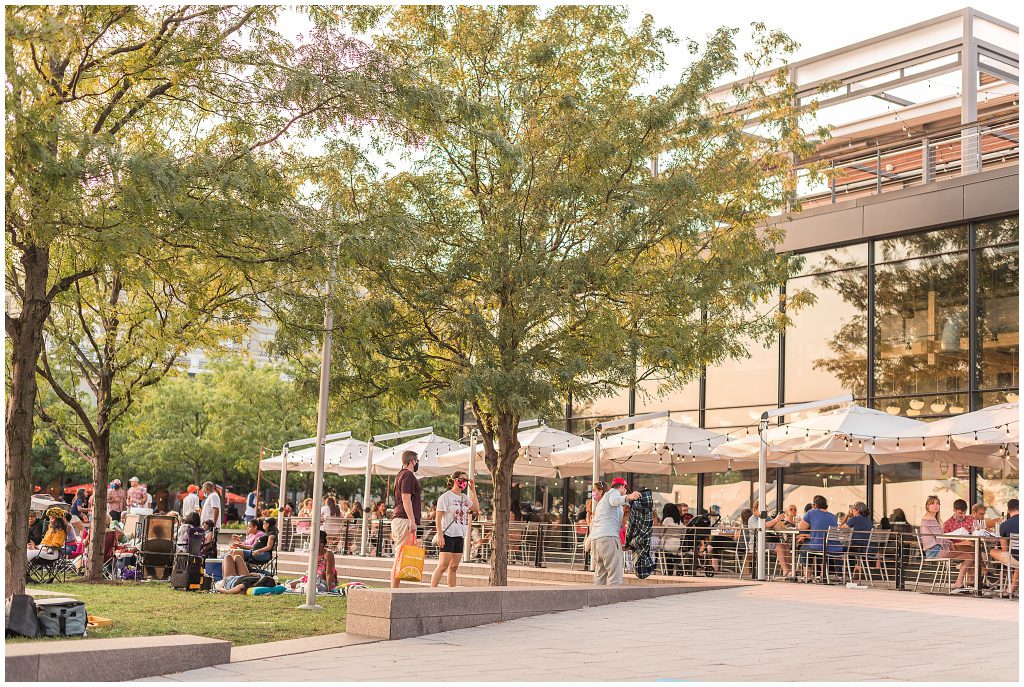 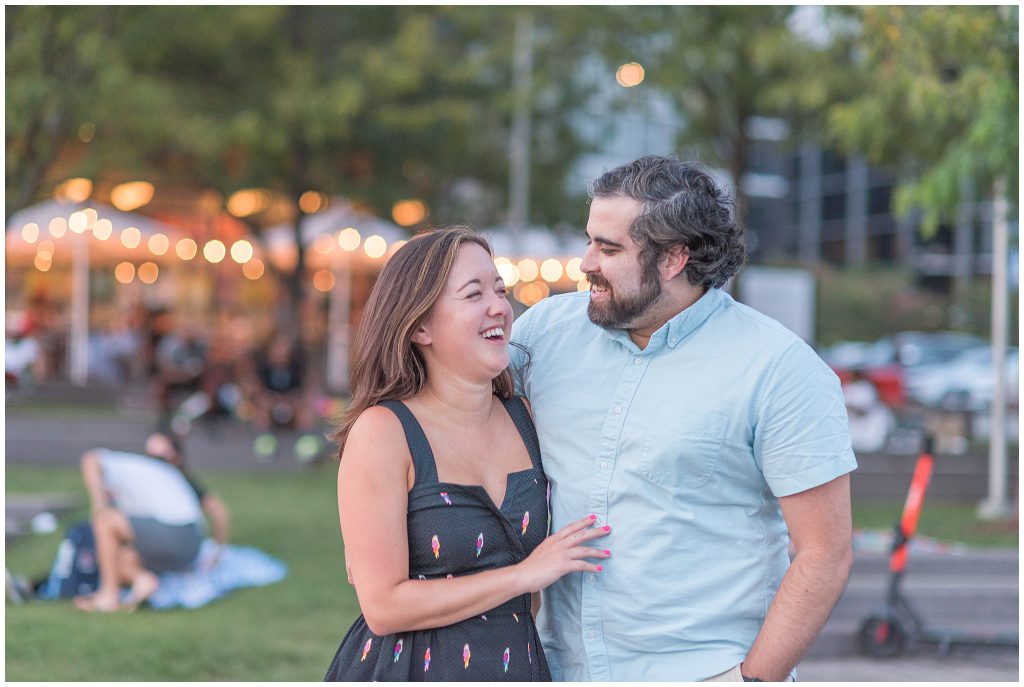 Does the location allow for the type of equipment needed by your photographer to get the shots you want?

So this is something that you’re photographer will likely be more concerned with than you will be.  But it’s good to know anyways.  Some locations that require permits also limit the amount of gear your photographer brings to the session.  Even simple items like tripods can be restricted, much less light stands and strobes.  Some locations that don’t require permits can still limit the equipment brought and can be enforced by Park officials or other law enforcement. That would be terribly disappointing to have arrived at the location only to end up with a different look than you were expecting because of the lack of equipment allowed.

The images below were taken at the same venue and on the same day within hours of each other.  The one on the right was utilizing natural light and the one on the left was utilizing flash.  Thankfully this location didn’t have any restrictions related to bringing equipment on the Wedding Day.  However, that’s not an assumption I would make if I was using this same location for an Engagement Session.  This is mainly an example of the difference in the looks that are attainable when more equipment is allowed. 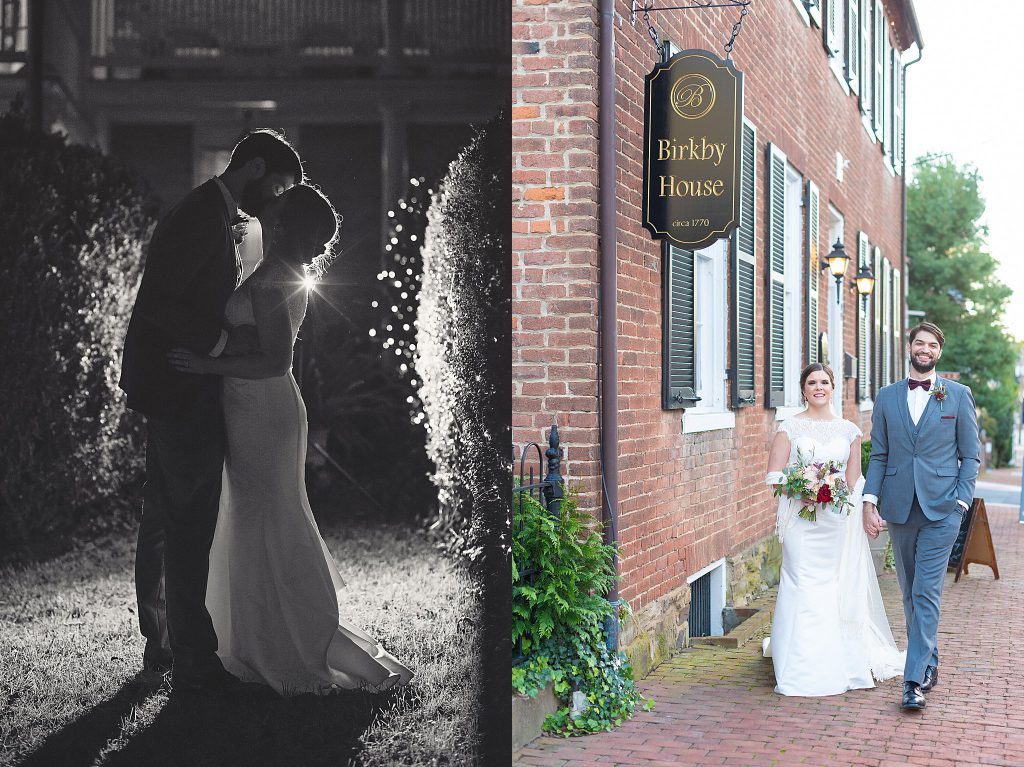 Is the parking convenient to the location?

The next two images are from Georgetown in DC.  Now DC is notorious for the level of difficulty in finding parking that’s anywhere near where you want it to be.  As a photographer, this is always one of the biggest stressors that plagues me when I go into the city for a session.  The parking related to these locations was the same and if you passed by the street parking, good luck turning around to try again.  Thankfully after only a couple passes I found a spot that was very close to where I met my couple.  (Side note: I really wanted the parking to be extra close because I was dealing with an immense amount of foot pain and awaiting the final surgery that ended up fixing it.  I had a non-union following an osteotomy of the longest bones in my foot.  So basically I was walking around on a broken foot.  Each step was excruciating, and looking back now…I really don’t know how I did it.  My sweet couple had no idea because they hired me to do a job and that’s exactly how that should play out.) 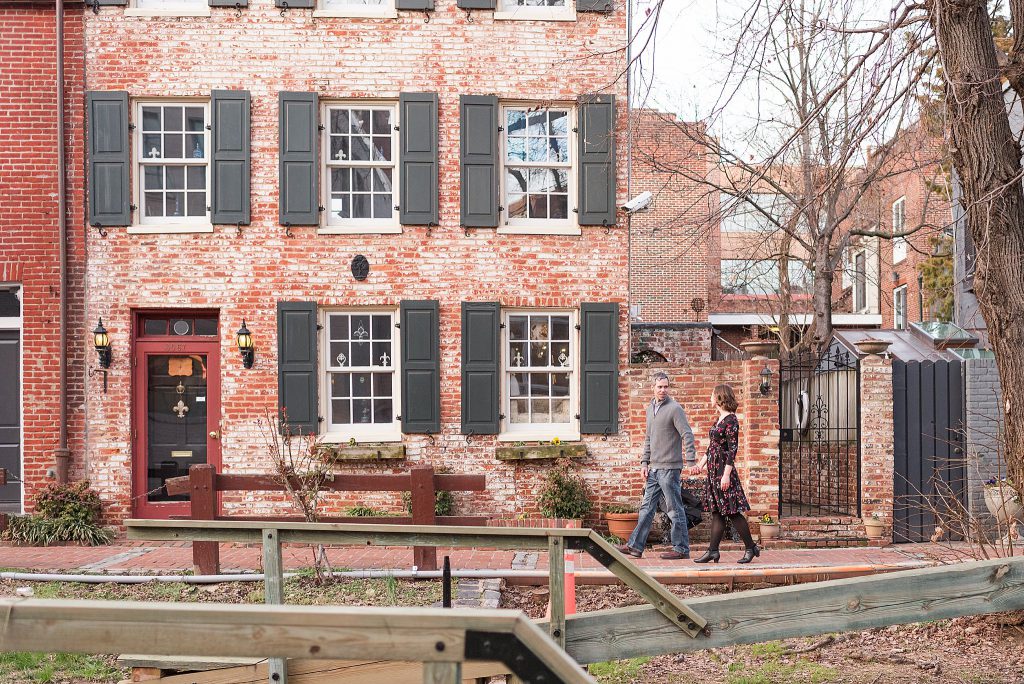 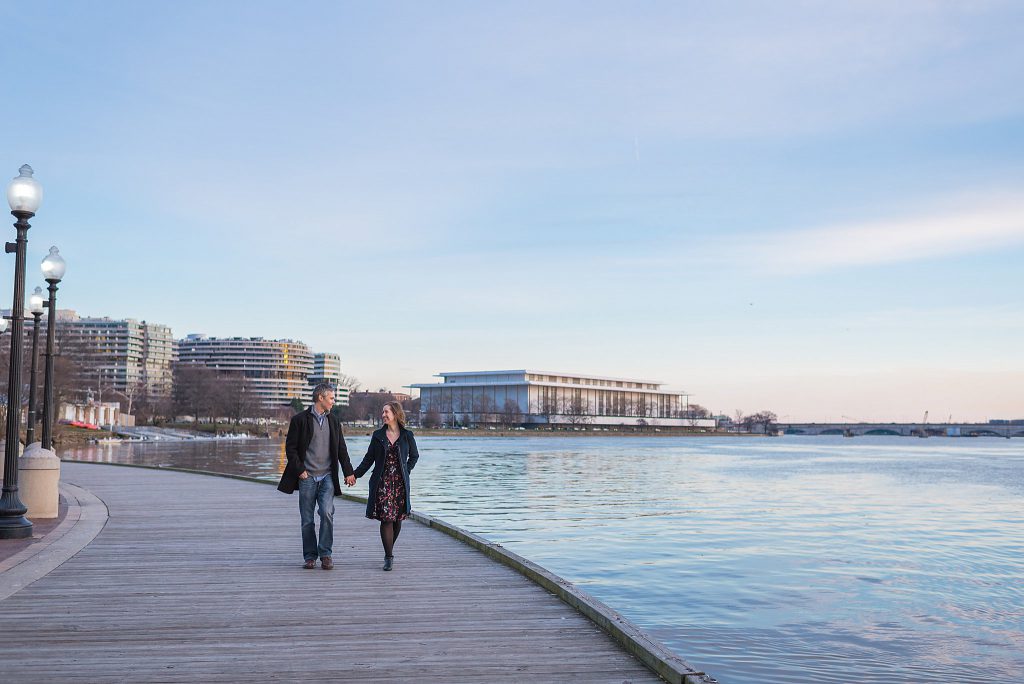 Does the location look the way you hope during the time of year you want to be photographed there?

So it’s important to keep your expectation of the how the location looks during each season in mind.  If you love the way a field looks in the springtime with all the green grass and wildflowers, it wouldn’t make sense to schedule your shoot for the Fall or Winter months.  Sometimes this doesn’t work out based on other factors including when you’ve scheduled the wedding and whether your engagement is short or long.  But take heart.  No matter what the season is, a great session can be planned for and scheduled.  Just keep an open mind especially if you are trying to schedule your Engagement Session in the current season.

The top row of images was taken in the summer months and the second row was taken in the early spring.  Each of these locations would’ve looked drastically different in Fall or Winter.  The trees would be bare and the grass would be a more golden color.  All are acceptable as long as they match with your vision.  Each season offers a variety of beautiful looks that can be captured. 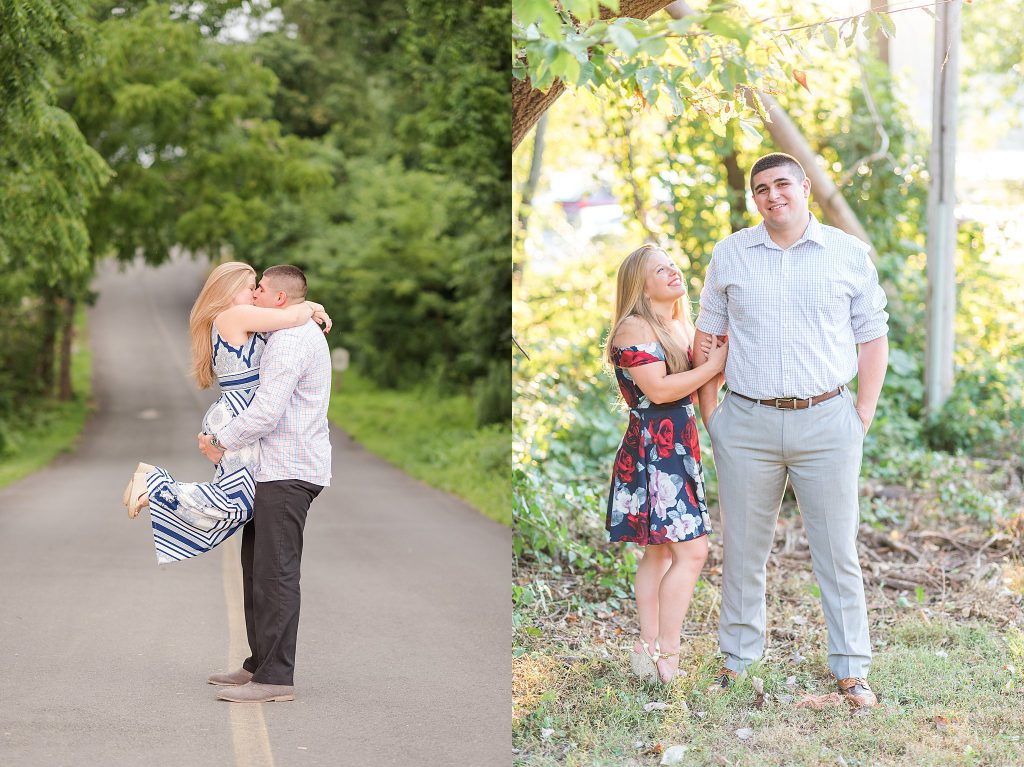 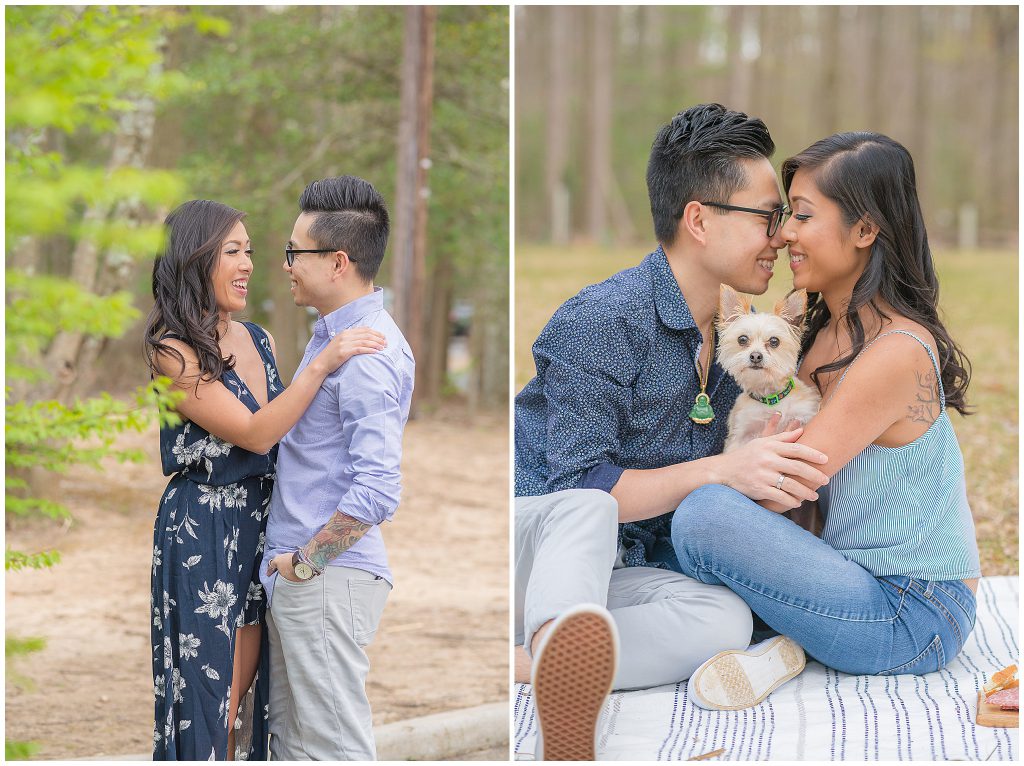 Is it feasible to do a sunrise or sunset shoot?

In certain situations it makes sense to schedule your engagement session at sunrise.  At this time of day popular locations are usually vacant and the lighting will be amazing.  It can start out dramatically and then move into a golden hour before the day even starts!  However, based on some of the above mentioned conditions it may not be feasible to schedule your session during this time.  The window of opportunity is limited so all parties would need to be onsite prior to the beginning of the sunrise to get optimal results.

The shot below was taken just as the sun was rising.  You can see the other photographers that were there for the sunrise as well.  This sunrise sky is what it actually looked like for about 4 minutes.  The sky changed quickly as soon as the sun crested the horizon.  The second image, featuring Rachel and Matt, was taken only a short time later.  They arrived on time and we had lots of opportunity to shoot in the soft golden light.  We had the entire Lincoln Memorial to ourselves.  Had we scheduled this shoot for a Sunset instead…I would’ve had to remove lots of people from this image and their experience during the shoot would’ve been much different. 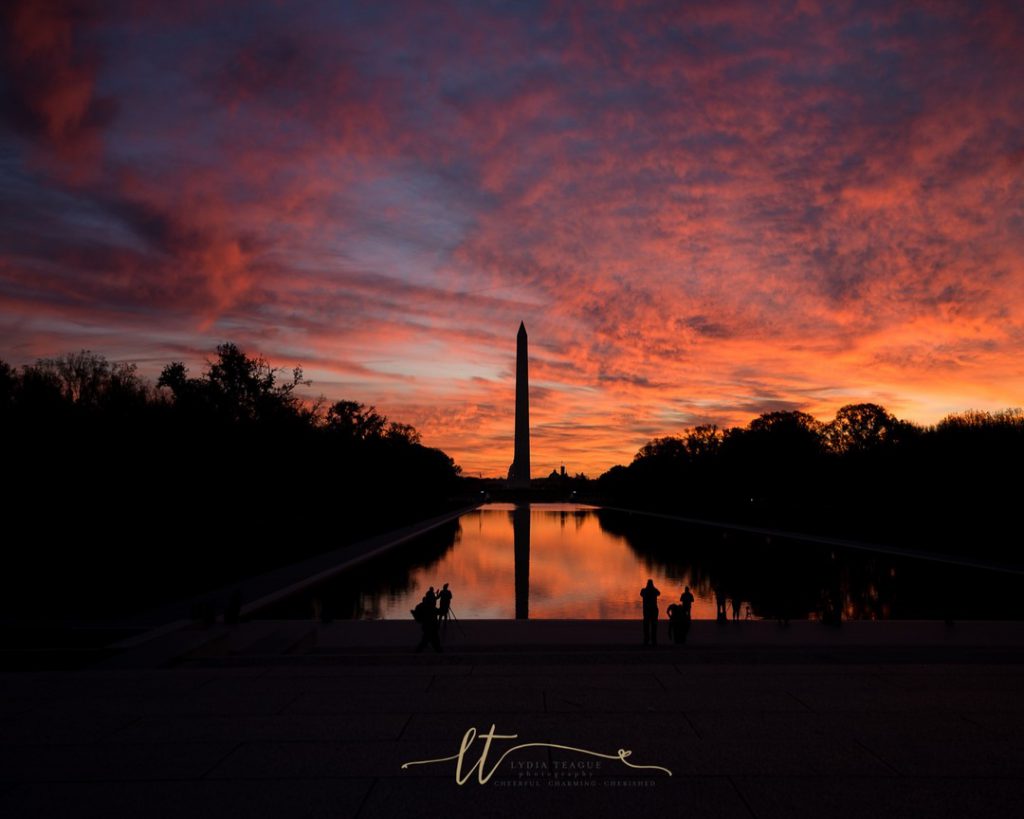 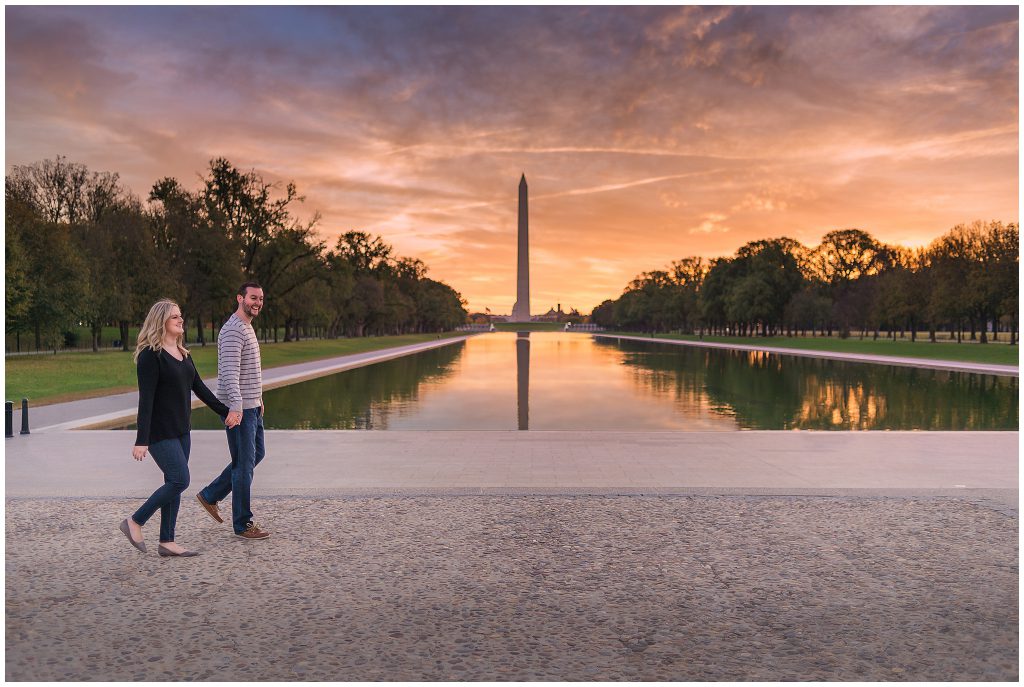 Thank you to all of my AMAZING couples for allowing me to share their images in order to inform and educate other engaged couples.   If you have specific questions, please feel free to reach out to me! Lydia@LydiaTeague.com