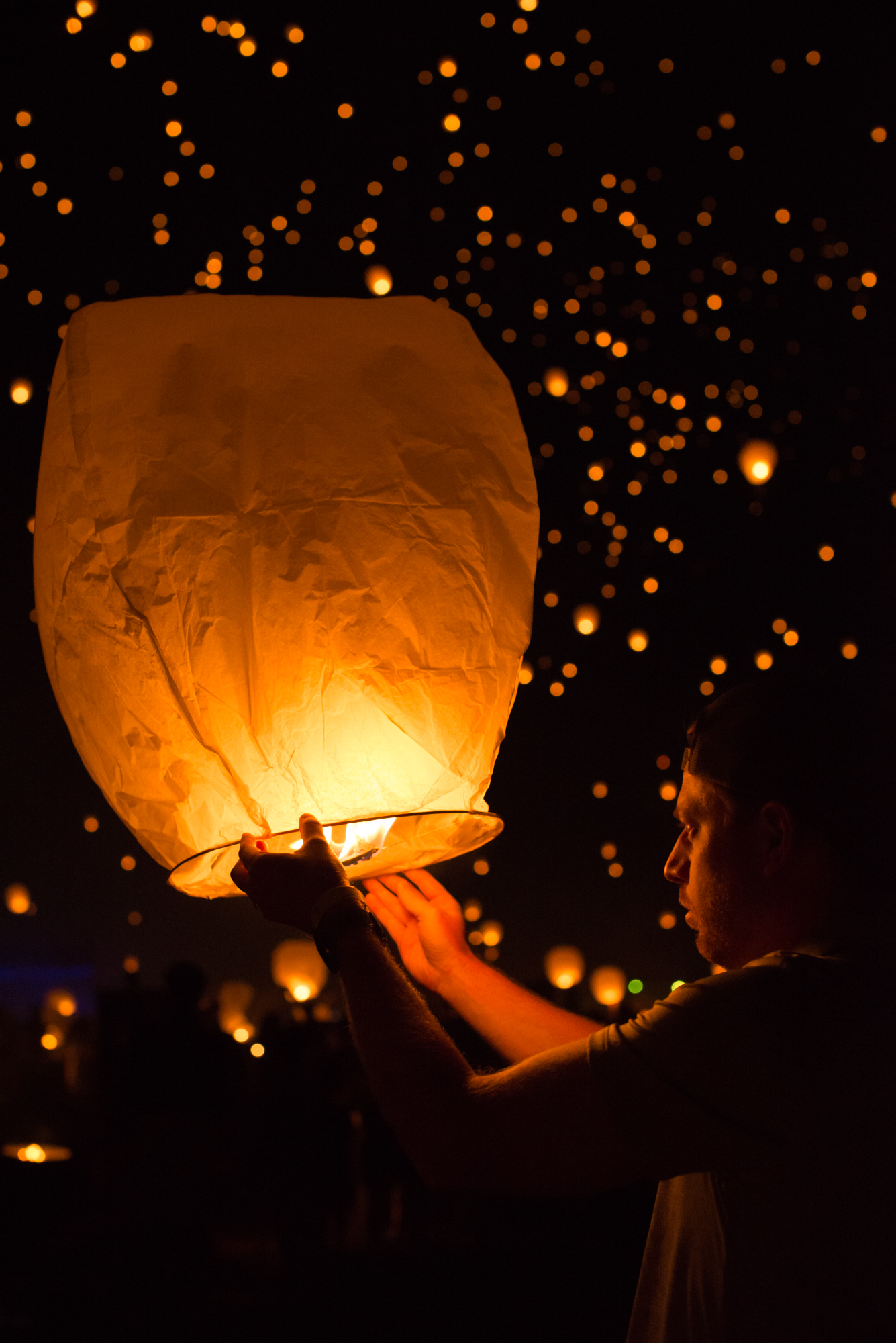 Y’all!  We saw the Floating Lights from Tangled in REAL LIFE!  OK, backstory…Tangled is one of my favorite Disney movies.  The story is interesting, the songs are incredible, and that scene with the floating lights is AMAZING!  IF you missed  my post from our 1st trip to Disney, go check it out, here. I heard about Lantern Fest last Fall and bought tickets right away.  However, due to weather it had been delayed twice.  So last weekend when it finally happened…WOW!  It was amazing!

Our trip started in Virginia and we drove to York, PA.  A couple hours of road tripping. No big deal.  Kids were happy and they’re old enough to carry their own chairs now.  My oldest is now 11 so he’s pretty strong and helpful.  The gates opened at 4pm but we didn’t get their until 6:30pm.  There was music playing, food trucks, and inflatables if you dared.  As we found a spot to make camp, I noticed which way the wind was blowing.  We were positioned perfectly to see all the lanterns once they took flight.  The only people behind us were people that got there after us and the professional photographers.

So we carefully took out our lanterns and began decorating them.  I told the kids to write or draw a wish.  My youngest drew ice skates, my middle wished for hair as long as Rapunzel’s, and my oldest wrote ‘I Believe I can fly, from York, PA, USA, Earth, Milky Way Galaxy July 28th, 2018’ (again he’s 11).  I made a bunch of hearts and drew the Great State of Texas.  No secret I would move back in a heartbeat, but in the meanwhile I’m trying to bloom where I’ve been planted.

Included in our ticket were a couple smores.  So after we had dinner we toasted our marshmallows over one of the tin washbins used as a firepit.  When everyone was sitting down you could see all the glowing firepits and lines of tiki torches.  It was really neat.  Now all we could do was wait.  The announcer had planned a countdown so that we could all release the lanterns simultaneously.  Let’s just say that not everyone was able to follow instructions, and some lone lanterns flew prematurely.  Teaching opportunity for my kids, because after all, I’m a Mom.

Once the actual time came, it was a bit harder to get these things going then you would think.  They have a dense cardboard fuel cell at the base that you’re supposed to light with the tiki torches or one of the matches from the box they provided.  It takes a couple minutes for the heated air to fill the lantern enough for it to want to take off.  We learned a lot on the first lantern.

It took about 25 minutes for all the Lanterns to get deployed into the sky and during that time it was a steady stream taking flight.  The sight was amazing! Everyone was clapping for their lantern once it was successfully launched and the feelings of joy were just contagious.

I had hoped to setup a couple of tripods.  One with video and one set to take multiple pics.  But in the end, I had too much anxiety about getting a good shot so I sacrificed being in the pics.  I think if there was another event closer to home we would definitely do it again.  Incredible experience!  If you get the opportunity, go check it out!