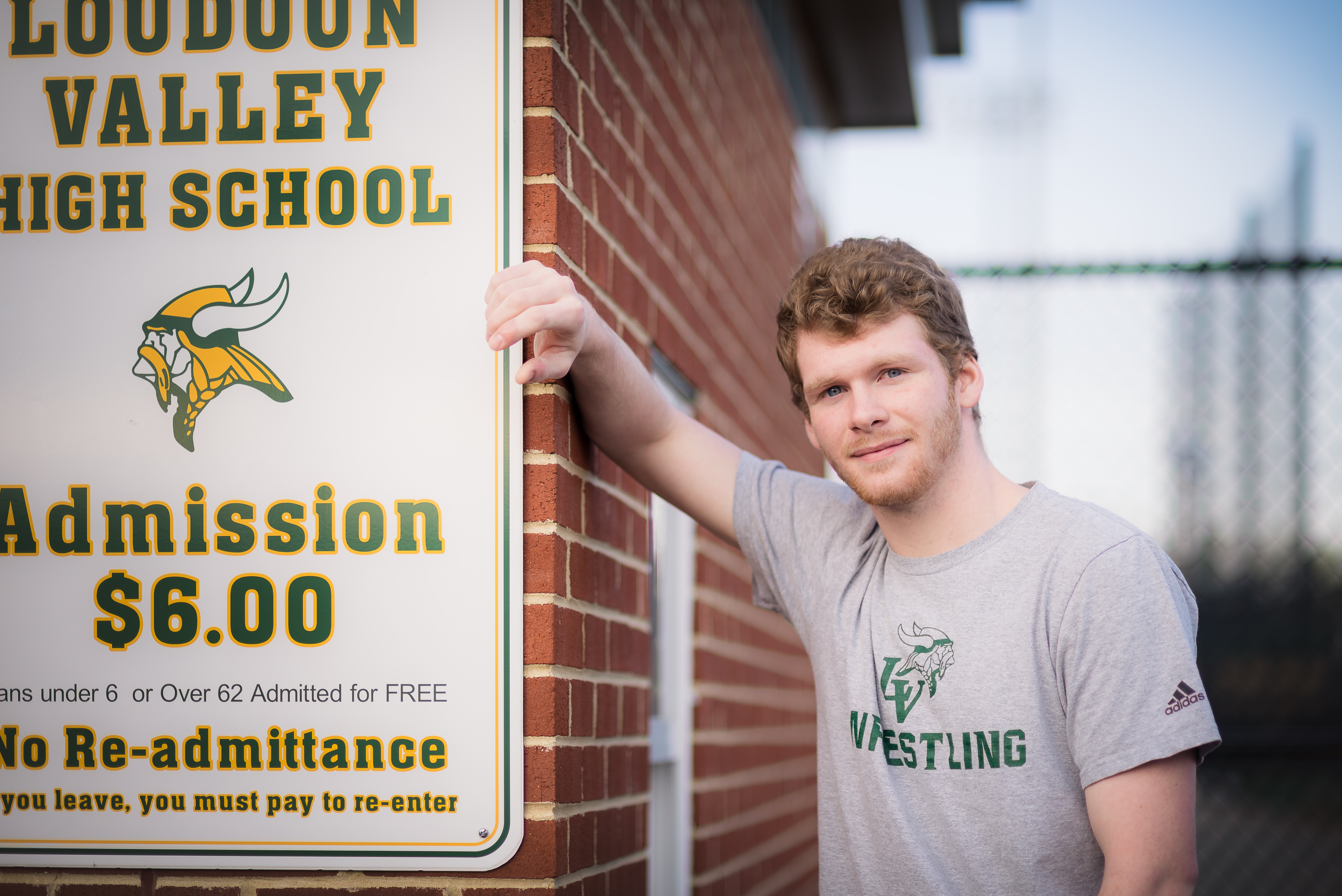 Since moving to Purcellville last summer I had been looking forward to meeting some Seniors from Loudoun Valley since our neighborhood backs up to the school.  Often we can hear the announcer or the band during half-time in the Fall.  So I was thrilled when Aaron’s Mom contacted me and wanted to incorporate the school in his Senior Session.

As we prepared for the session, I asked lots of questions about what kinds of things he was into.  Wrestling and Skateboarding were top on the list.  What could be more iconic then standing on the 50 yard line?  Yes, I realize that he didn’t wrestle on the football field, but he still had lots of memories on this field.  However, I bet skateboarding in the stands wasn’t one of them.  Aaron was so willing to try a few new things and was totally okay telling me that it didn’t work.  Photo sessions are like a conversation.  Sometimes things work and sometimes they don’t.  More often than not, they worked for this session. 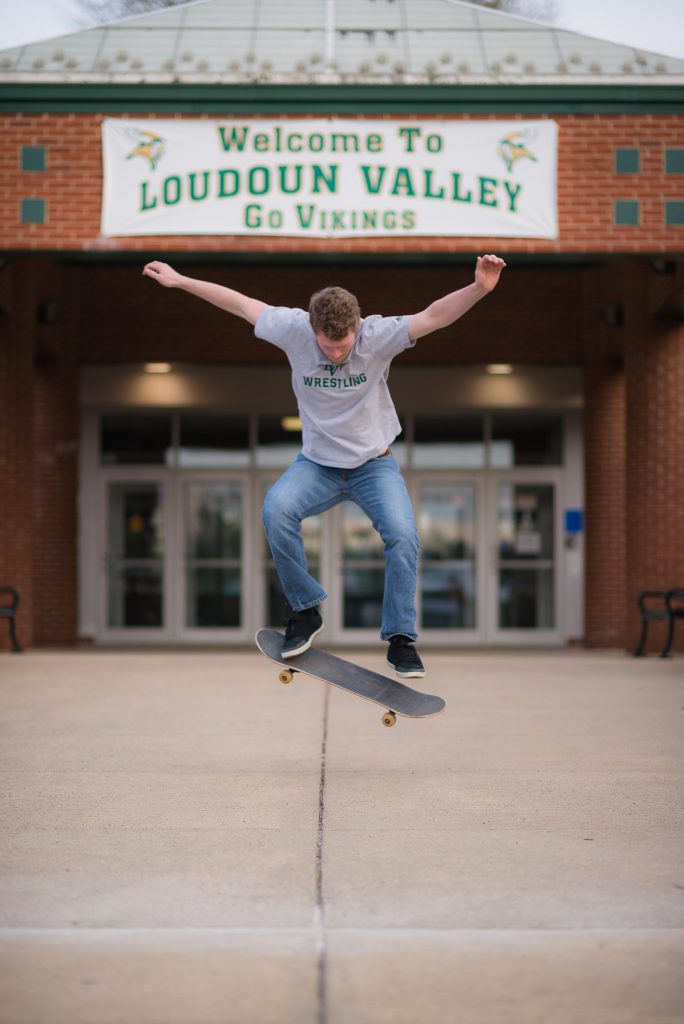 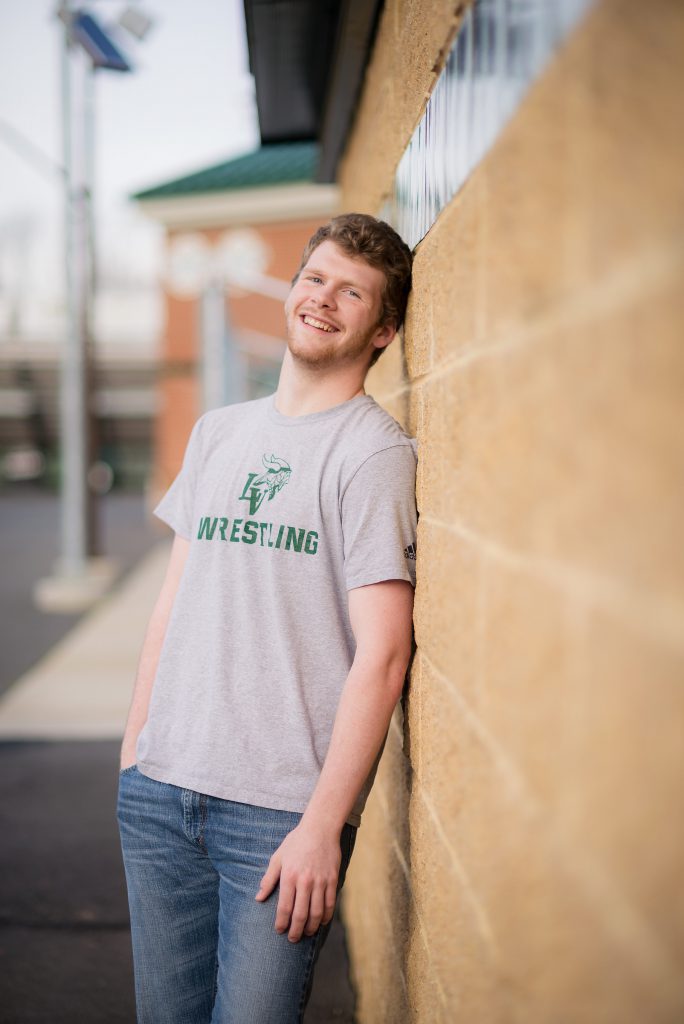 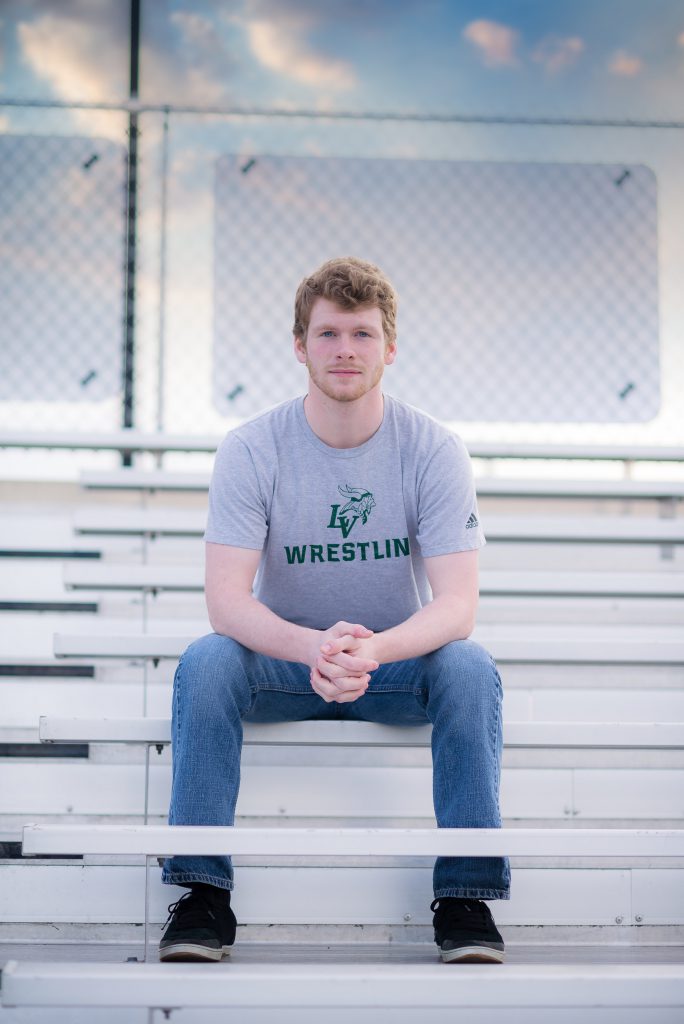 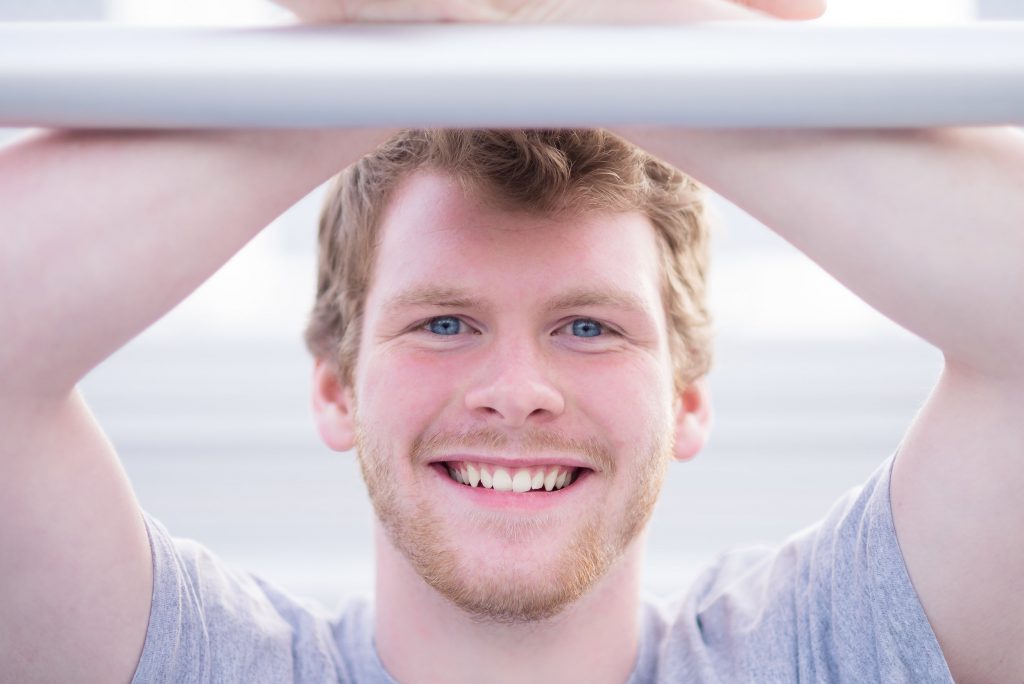 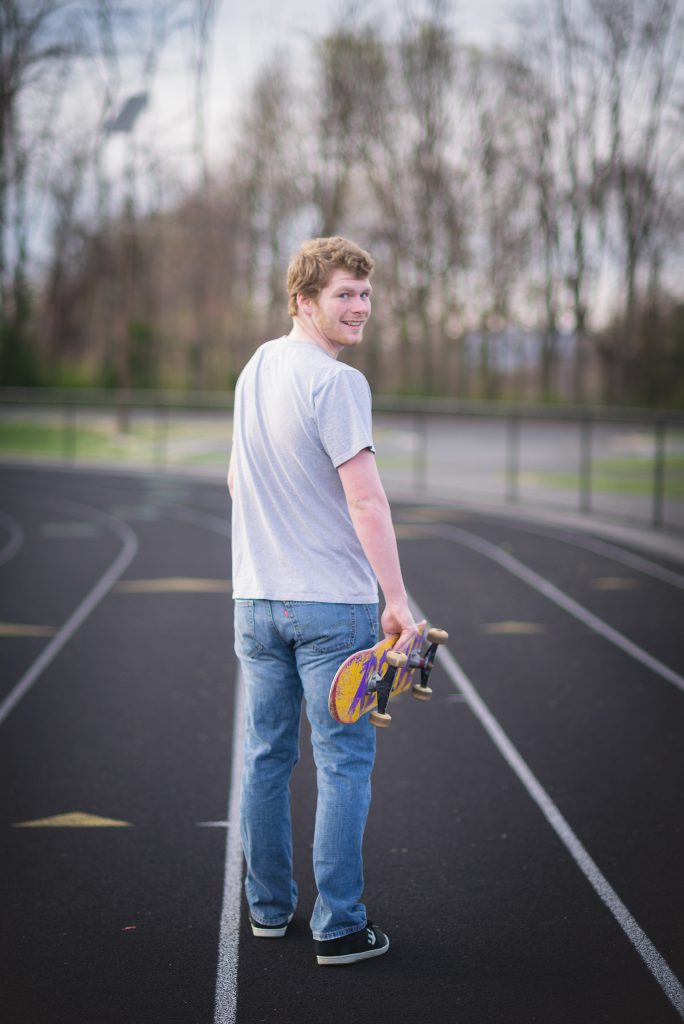 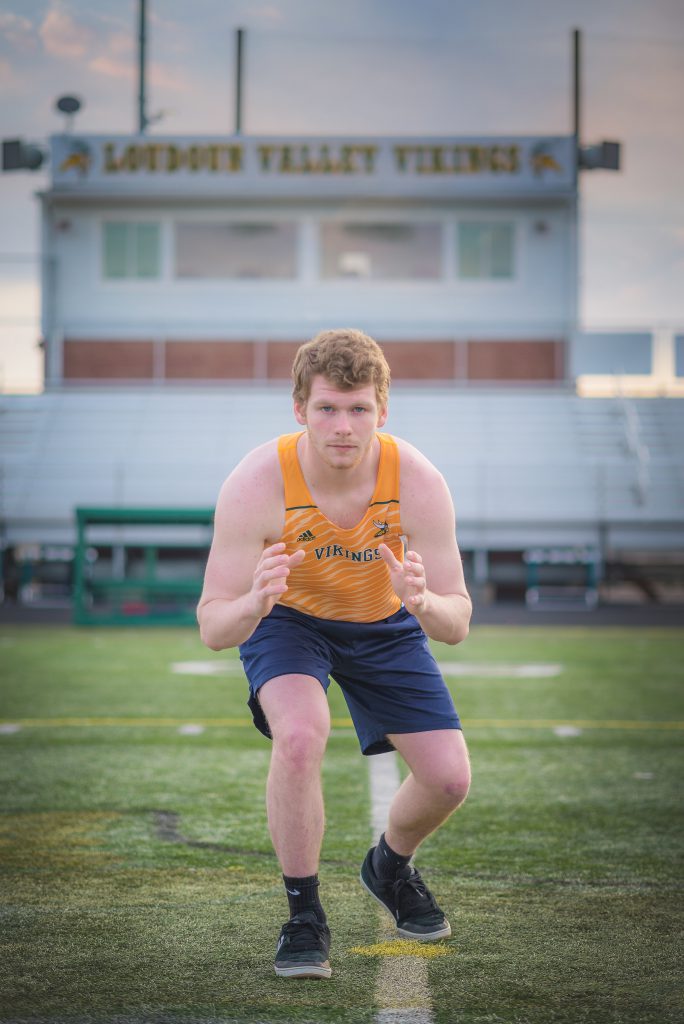 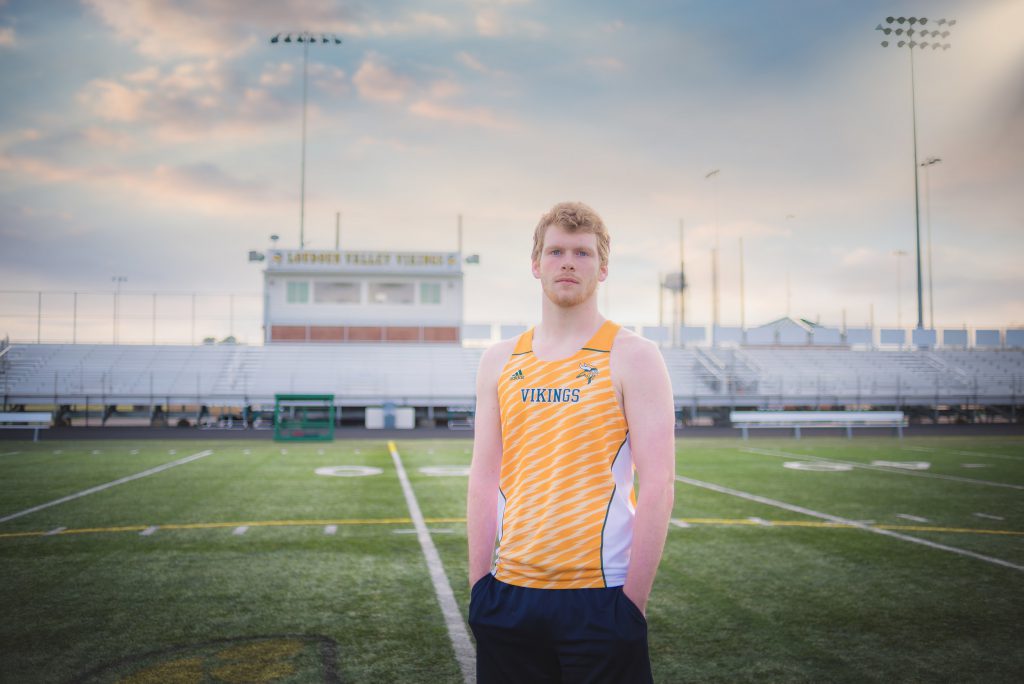 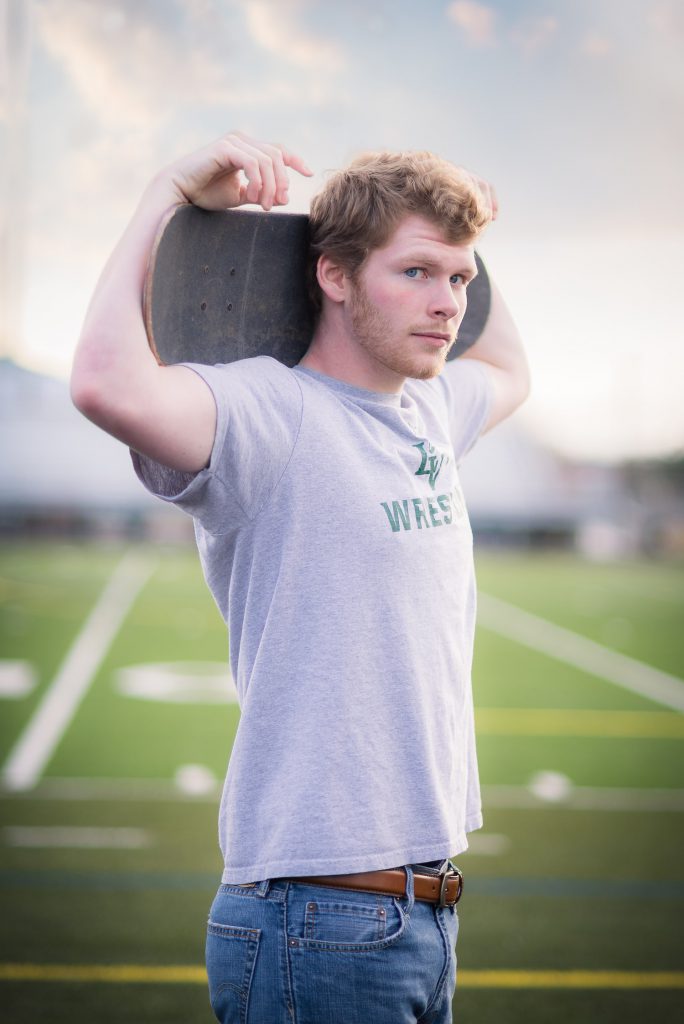 My impression of skateboarders are that they have a rebellious nature.  After meeting Aaron I was a bit surprised, so maybe my assumption is off base.  In any case, I treated it the same and asked if he wanted to do something cool at the front of the school.  You know, something that he would never be allowed to do.  It was after hours and no one was on campus.  I know, I’m such a bad influence.  LOL!

You probably can’t tell from these photos that it was a little on the cool side.  Aaron was a bit cold in between takes, but was a rockstar.  His Mom and I laughed a little about how quickly he could go from a smile to a straight face.  He might have an acting career ahead of him.  By the end of the session he was really comfortable with the way I work and was so much fun to work with.

I’m close to my 20 year high school reunion, so at this point I relate more to Aaron’s Mom.  WOW!  She’s telling me, from her experience, what to expect and look forward to as my own son enters middle school next year.  Photographing this milestone was emotional for me.  It’s incredible how in the next 7 years, my own son will be graduating from high school.  Class of 2025!  While I’m editing these shots of Aaron, I kept thinking about how his Mom must see him.  Still glimpses of him as a little boy.  Frowns and glares like when he got caught doing something wrong.  And now, preparing to send him off to college in Washington State, proud of the man that he has become.

If you’ve enjoyed these images and would like to schedule your own Senior Session, I would love to chat with you!  Email me at Lydia@LydiaTeague.com or follow me on Facebook at Lydia Teague Photography