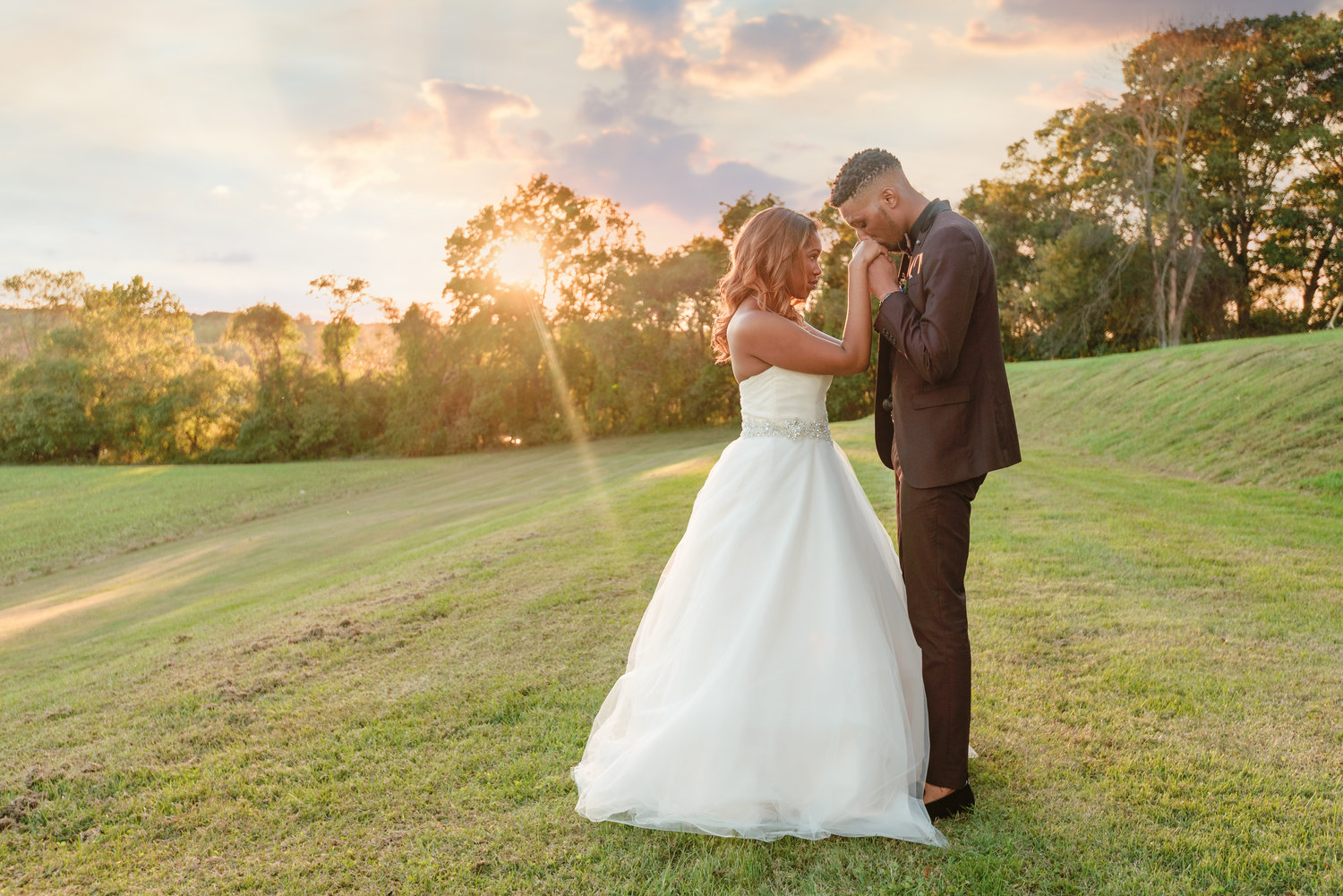 This October wedding was full of charm and hidden meanings here and there.  If you weren’t paying attention or didn’t ask, you might have missed it.  The Groom created his pocket square with a sweet little note.

He also created a custom pair of Toms for both of them to wear at the reception.   The details were so unique and each had a special meaning to them.  When it came to the Groomsmens’ cufflinks, they were each a different superhero.  The Groom was Superman, of course, and the boutonnieres also had a matching superhero lego.  It was unexpected, but completely fitting!

Gerald, the Groom, also chose bowties for he and his Groomsmen to wear, so he held a class trying to teach the men how to tie them.  In the end he took the time to go to each one, all 8,  and make sure it was tied just right.  These Gentlemen had known Gerald a long time and had no problem giving him just enough grief while they were supporting him.

The Bride, Krishaun, was getting ready a few miles away at the home of her parents.  She and her 8 Bridesmaids were busy getting their makeup and hair ready for the big day.  She and her mother put the finishing touches on. Her gorgeous beaded strapless dress, veil, earrings, and shoes.   She quickly opened her custom Tom’s shoes from Gerald and had a few laughs before bringing her Father in to see her.  Seeing Dad’s cry with joy as they see their daughters as young women always gets to me.  So after we all passed some tissue around we jumped into our cars and headed off to St. Augustine Catholic Church on V. St. in NW Washington DC.

The pews quickly filled up in anticipation of the nuptials of Gerald and Krishaun.  The Bride waited in a black car just in front of the church while the Bridal Party walked down the aisle in their yellow dress and black suits.  The church doors were closed, Krishaun was escorted to the front of the church by her Mother and Father.  Gerald was beaming just watching her.

The ceremony included several readings from the Bible, lighting their unity candle, receiving their first communion as a married couple, and the most beautiful singing.  They enjoyed every minute of their ceremony and she screamed in joy when she said ‘I DO!’

After Family Formals, we headed just around the corner to Meridian Hill Park and shot several lovely Portraits of just the two of them.  There was a group at the top that cheered for them and yelled ‘CONGRATULATIONS’ while we were shooting.

Then we headed into Maryland to the Billingsley House in Upper Marlboro. This land dates back to 1662 as being a 500 acre farm, that has been passed along through generations.  The house was rebuilt in the 1800s and the land was most recently purchased by the State of Maryland where they have a 99 year lease.  It’s a beautiful spot atop a hill that overlooks the Patuxent River from the white tented, catered reception.

We were able to squeeze in a few more Bridal Party Portraits and then as the sun was setting, a few intimate moments of the Bride and Groom relishing the day.  The Primary shooter was Rudney Novaes of Novaes Photography  It was so much fun to second shoot for him, I look forward to shooting with him again.